There’s a good chance you’ve been hearing and reading about some changing dynamics and expectations around the economy, inflation, stimulus and re-opening. This has caused interest rates to rise slightly, even though mortgage rates remain historically attractive. On the one hand, rising rates reflect a strengthening economy; on the other hand, rising rates can mean less affordability and less opportunity for buyers to offset rising home prices. In other words, rising rates can hinder demand slightly, but rising rates reflect a growing economy that tends to create more jobs, income and home buyers. Here’s what mortgage rates have done since the beginning of 2018. Note that rates flirted with 5.0 percent in Q4-2018 before reaching 2.65 percent in Q1-2021. That’s a nearly 50.0 percent decrease in a little over 2 years. 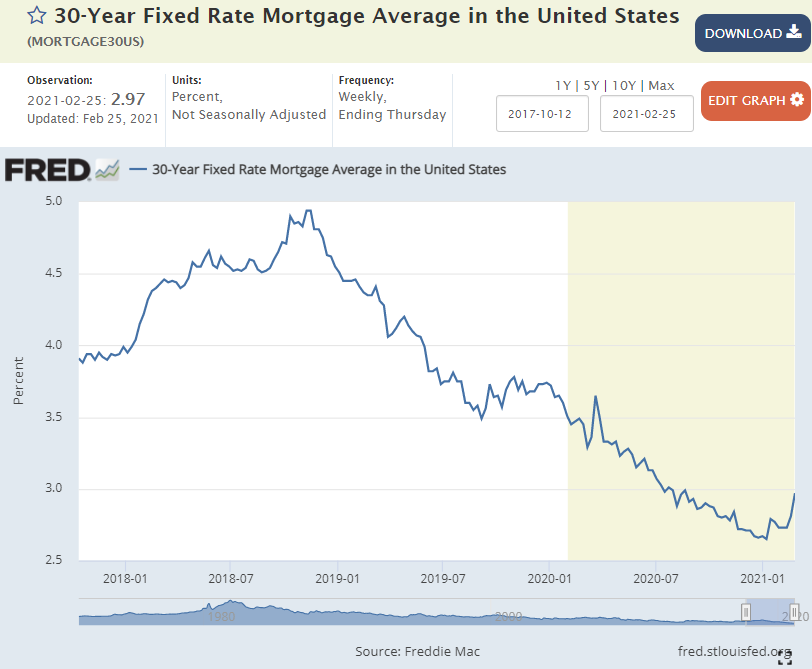 Predicting interest rates is a notoriously difficult undertaking. That said, the 30-year mortgage rate is closely tied to the 10-year Treasury. As we’ve seen the treasury rate rise, so too has the 30-year mortgage rate. But the 30-year remains historically attractive and is expected to remain below 4.0 percent for the next couple years. Technically—and some may be surprised by this—any rate under 8.0 percent is below the 50-year average. Anyone who borrowed money to purchase a home in the early 1980s might remember 18.0 percent interest rates. As mentioned, predicting rates is an imperfect science and art. Here are some projections from a few different organizations. 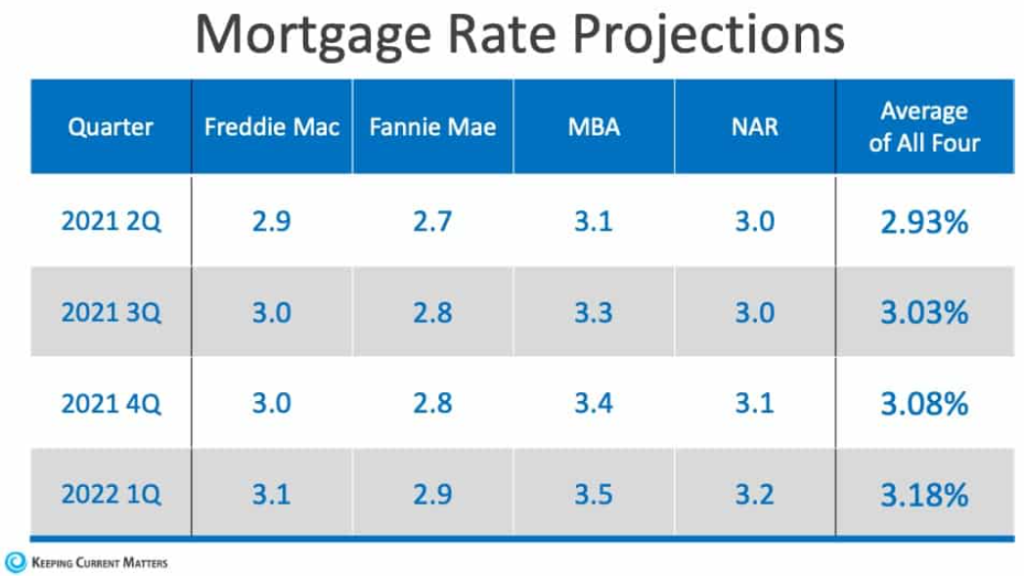